Meiji Shrine (①➁) is dedicated to the deified spirits of Emperor Meiji and Empress Shoken. Emperor Meiji transformed Japan from an isolated feudal country into a modern world power. The shrine is surrounded by a profound artificial evergreen woodland (③), like an oasis for Tokyoites. Torii Gate (④) stands at the shrine, which separates the sacred world from the ordinary world.

On the path is a stack of large sake barrels (⑤), because Gods in Japan love sake. And you may luckily run into a Japanese-style wedding ceremony in its precincts(⑥). This shrine is listed as the most popular shrine for New Year’s worship. Over three million people visit the shrine during the first three days of the New Year (⑦).

Just next to the sacred world above are laid the worldly things. This contradiction is an interesting part of this district. And it may suggest how narrow Japan is. Click the picture and you will get more information. 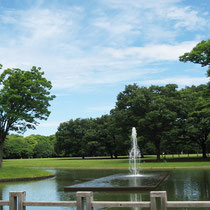 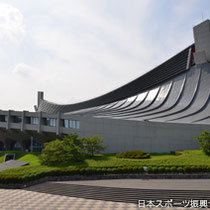 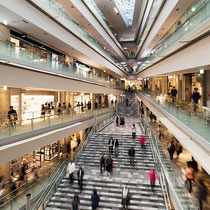 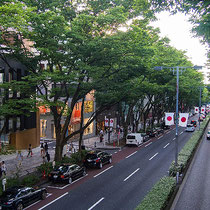 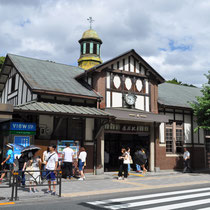 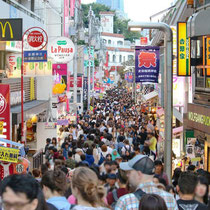 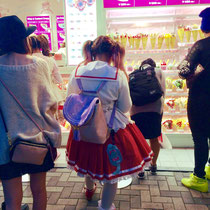 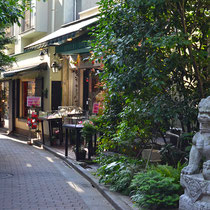